Considering film as a visual and sonic experience, Martínez proposes an aural event originating from silence and from instants where sound seems contingent, involuntary, or an accident in contemporary films that have influenced him. “Two espressos in separate cups” references a film by Jim Jarmush as well as distinguishing between the experience of time and that of poetry. The experience of cinema, which is composed of vision and sound, is different than the one generated by looking and listening autonomously, just as drinking two espressos in two separate cups is not the same as drinking a double espresso. The composition originates in cinema and abandons its referent through digital processes, sound is no longer the representation of the image, but itself. 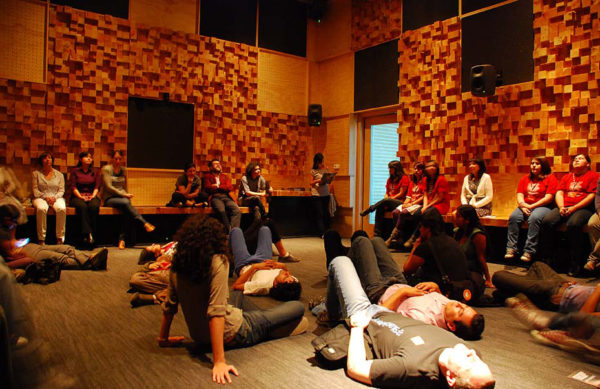