Thoreau in Michoacán, or life in the troje

The starting point of this project is the publication Thoreau in Michoacán, or life in the troje, which speculates about a visit by Henry David Thoreau to Pátzcuaro, Michoacán in 1845. According to the text (a synthesized rewriting of Walden by Martínez, taking mainly fragments that allude to sound), on this trip the North American writer got to know the troje (a traditional log cabin) and from there found inspiration for his dwelling and lifestyle at Walden Pond. The author writes: “Who knows but if men and women constructed their dwellings with their own hands, and provided food for themselves and families simply and honestly enough, the poetic faculty would be universally developed, as birds universally sings when they are so engaged?”

From the publication Thoreau in Michoacán, or life in the troje also comes a series of elements and objects that Martínez presents in this project, at times bringing closer and finding similarities between the original culture of Michoacán and traditional cultural elements of Japan, in order to encourage reflection and change on our current daily culture of the 21st century. Among these are a sound piece made in collaboration with Bárbara Lázara, a graphic work by Giovanni Guerrero that combines masks from the region with Japanese hannyas, textiles with embroidered haikus and a neon with the word TROJEAU, which combines Thoreau and troje. Through historical speculation and fiction, as well as the play of cultural similarities, the totality of Martínez’s project seems to suggest that “Evolution, dear friends, if it does exist, will not be metropolitan, but opposed to the metropolis”. 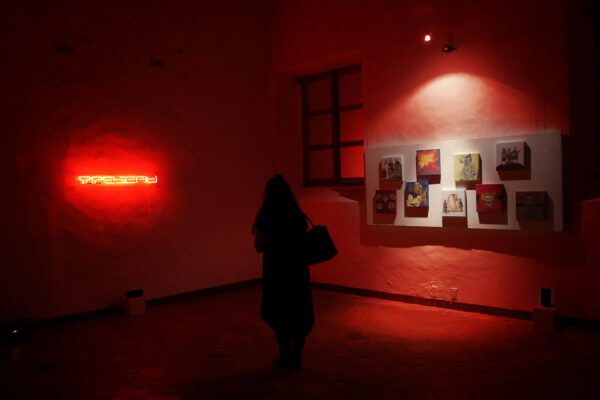 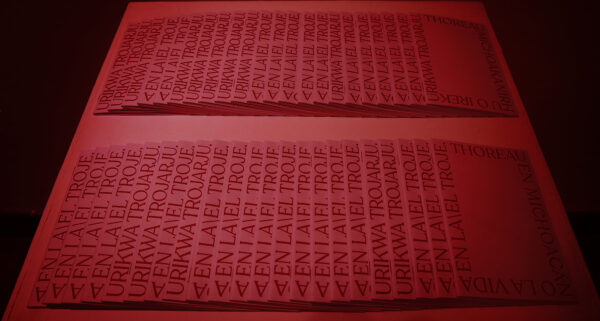 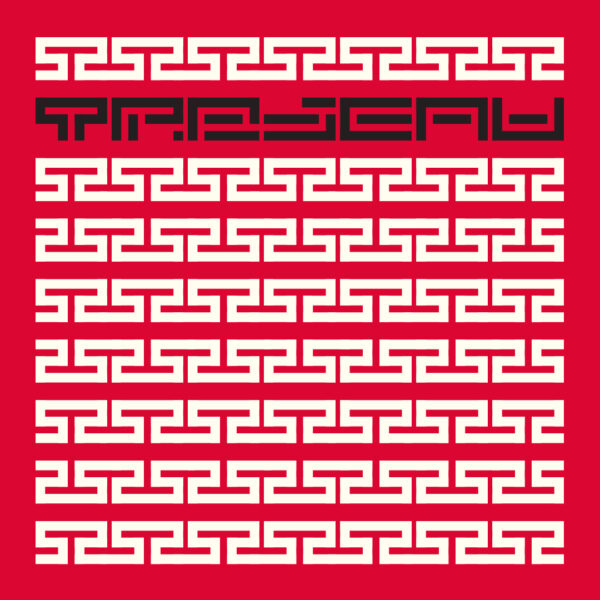 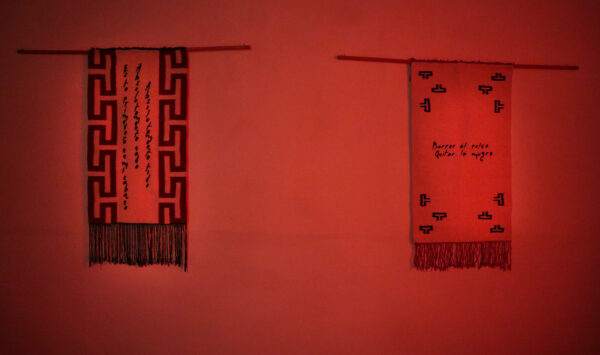 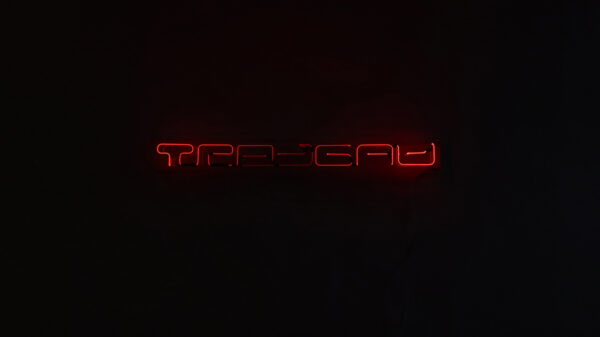 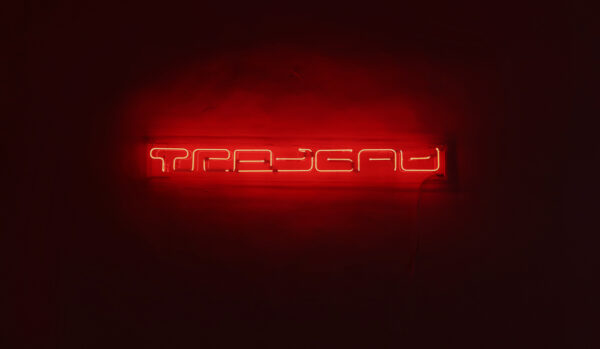 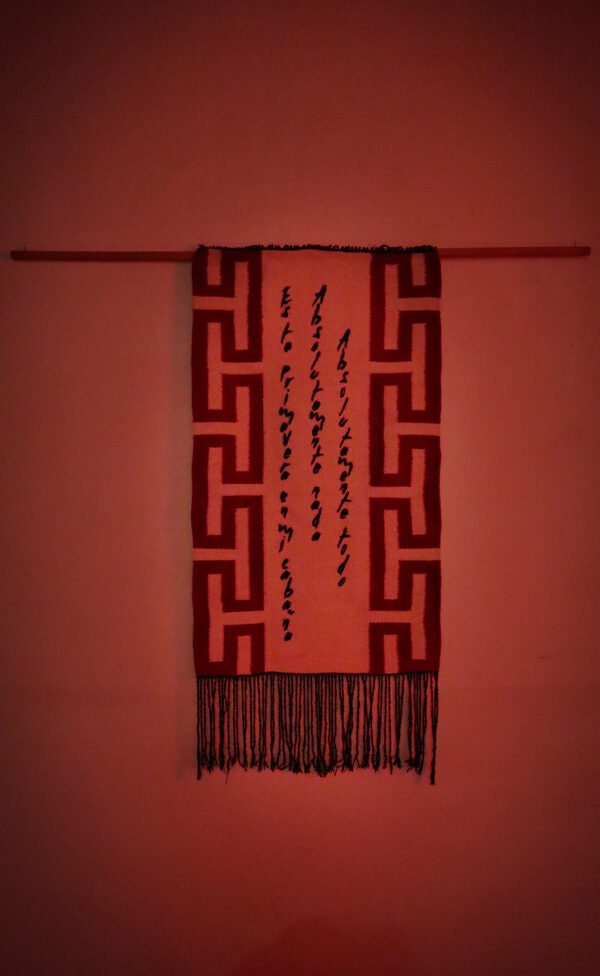 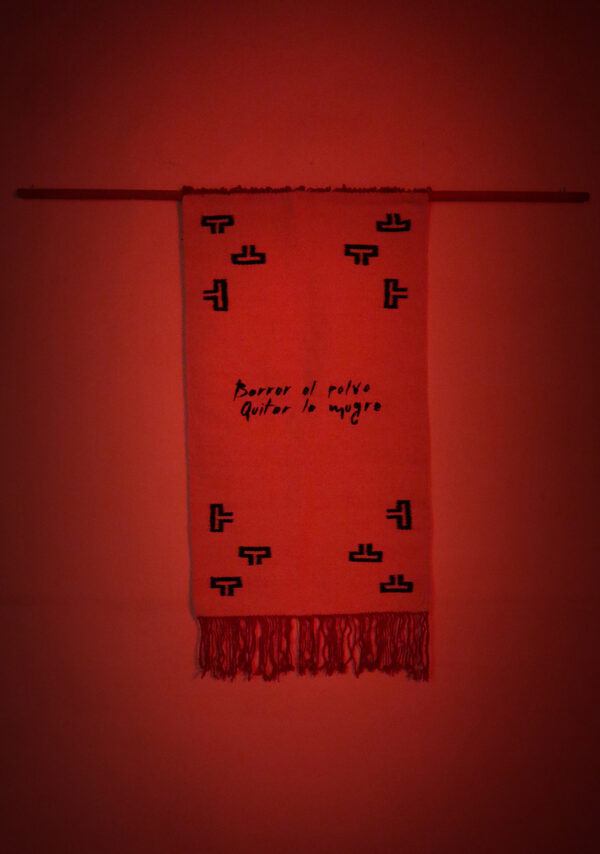