By way of a concrete poetry piece, This time presents a personal and aesthetic manifesto that struggles to slow down and stop in order to listen to what is happening around us. This work has its origin some years ago in a performance-concert by Martínez at the Ex Teresa museum. In it, sheets first typed and then photocopied were distributed among the public. Later, a second set of photocopies was pasted on some street poles and public transport stops in Mexico City. In the same way as in his work Punks contra el sistema, photocopying becomes a procedure that emphasizes the notion of circulation. The work ends in a Gobelin, linking it to the idea behind the text: opening a necessary pause. 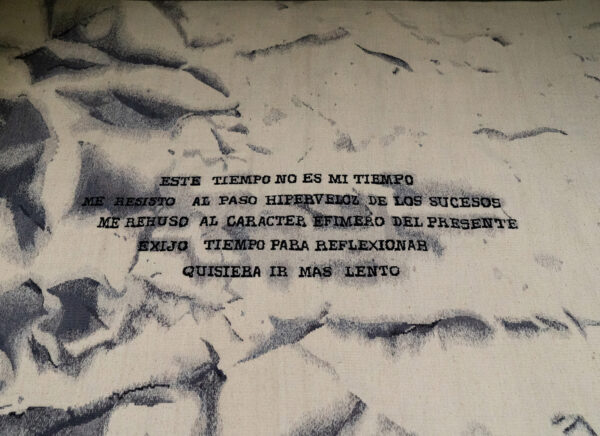 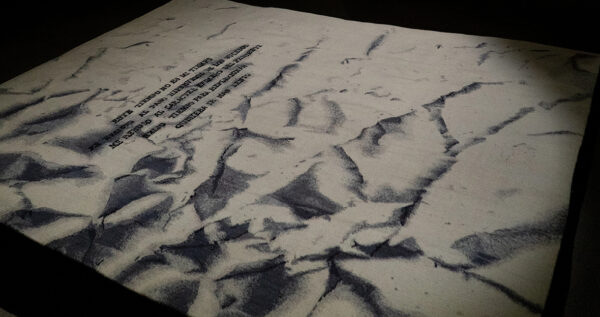