On April 3, 2017, Sergio González Rodríguez, a Mexican writer and journalist who dedicated a considerable part of his work to issues such as feminicide on the border of Ciudad Juárez, drug trafficking as a business between the U.S. and Mexico governments and who, above all, proposed culture as an “engine of change” in our probably without remedy lacerated social fabric, passed away. His friendship and collaboration with some artists was very important. For me, it led to, or influenced, some of my pieces since I kept an enriching dialogue with him for some years. To him, and to the Greek society in permanent protest and resistance to the precariousness imposed from the heart of the European Union and its own government, I dedicated this piece proposed in two stages.

In the first one, 18 performance sessions were held for two weeks at the Laboratorio de Arte Variedades, Guadalajara. The public was deprived of their sight while the place was filled with sounds between a quintet of improvisation with strings, electronica in a powerful full-range amplification system and in quiet portable speakers, and the collective reading of texts by González Rodríguez. At the end, the Ensamble Supercluster removed the blindfold from the attendees, thus revealing a set design or installation composed of 20 large printed tarpaulins with the image of Greek busts photographed from behind, and a luminous object with the word BOICOT in a similar typography to the Greek alphabet. Field recordings of different seas accompanied this moment, and the public was also invited to travel freely throughout the space.

During the second stage of the piece, for one week, Laboratorio de Arte Variedades opened the forum to visit the visual installation while playing a composition that mixed the sound of the waves with various recordings of the 18 executions of the string quintet: reminiscences of the rituals previously shared intimately to a small audience. A call to boycott everything that deprives us of a dignified life. 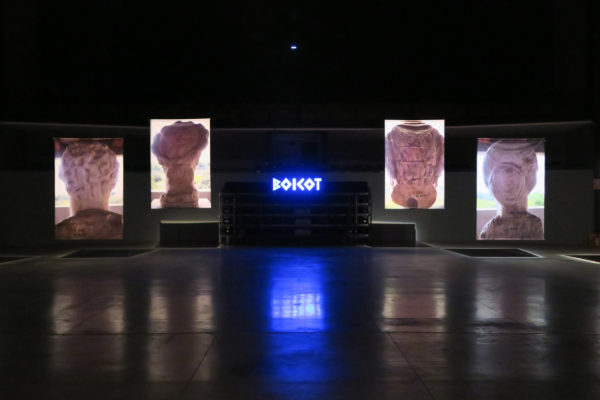 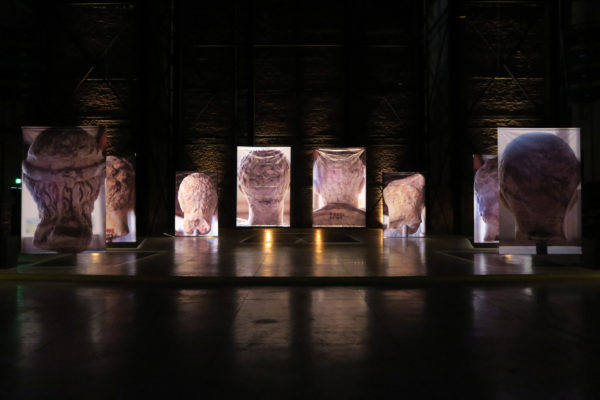 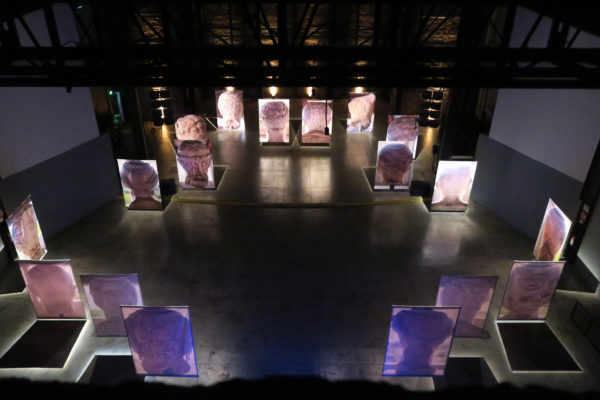 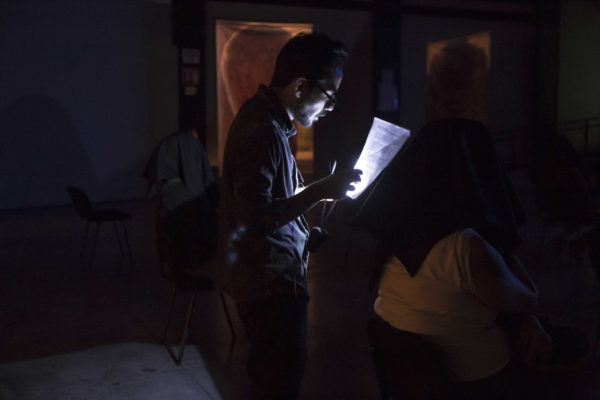 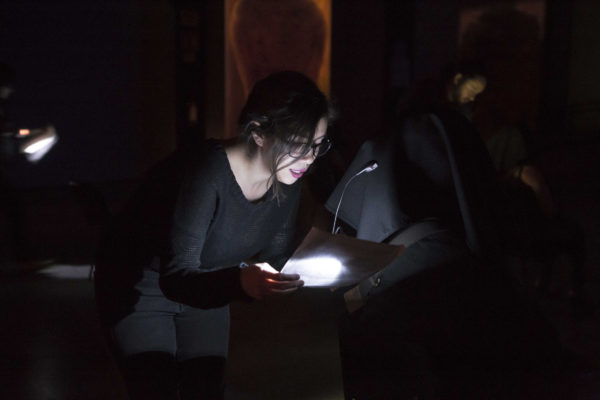 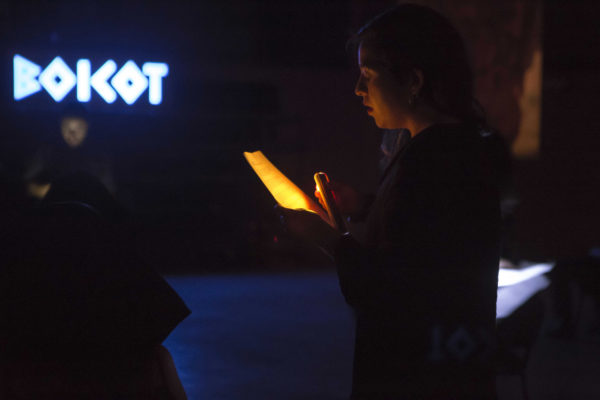 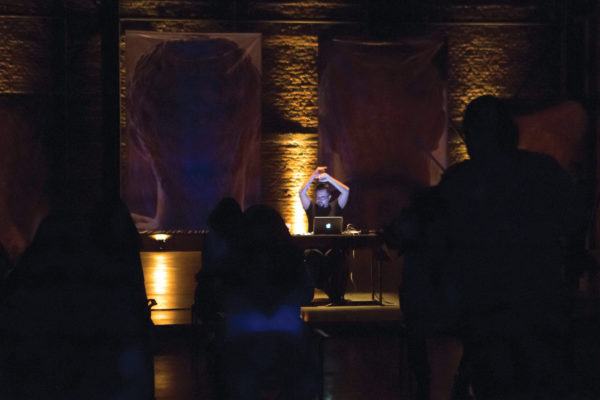 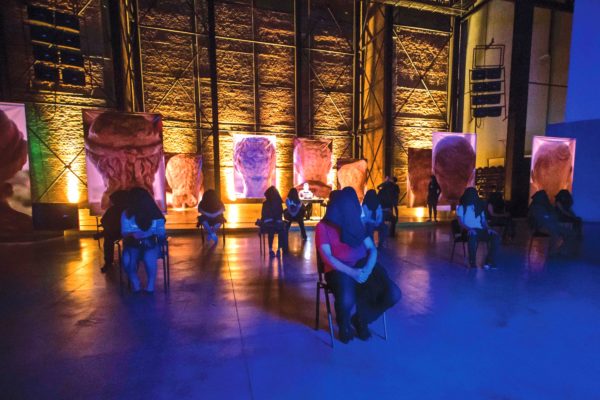 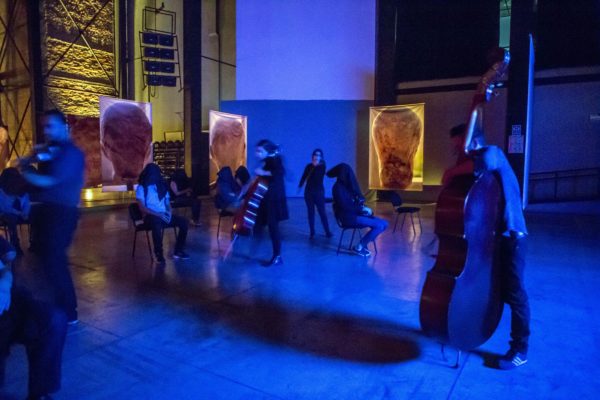 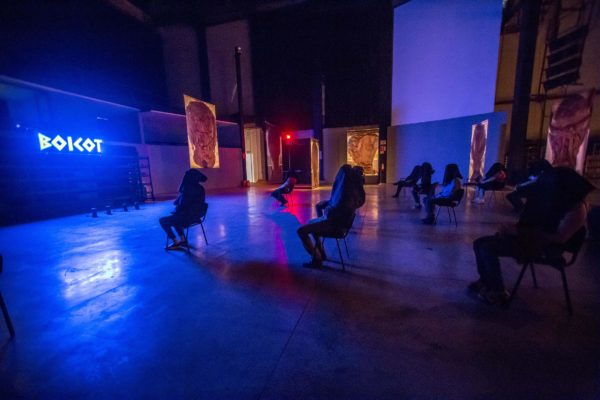 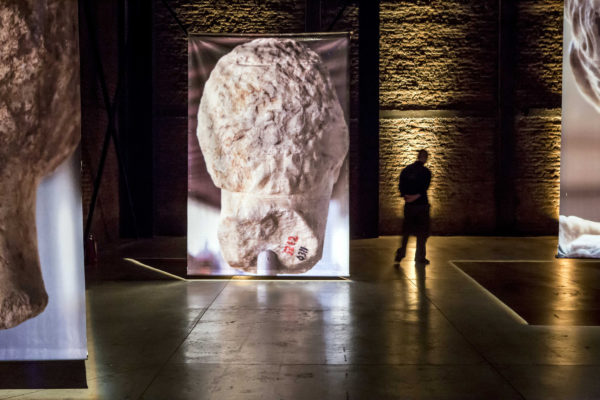