The radical gestures of sound experimentation have been, simultaneously, noise and silence. In both, space is occupied. It is like a way of pursuing the search to clear away two opposite paths that lead to the same point. Silence expresses the absolute possibility of the happening, of what is about to come. It breaks down into a variety of contradictions and fragmentations, facing the impossible event of fully existing. In Spanish the word sigilo (stealth) is synonymous of silence, but it adds an overtone of caution and secrecy, when immerse in it, it refers to an act, a reticent action. Caution is to wait, it is the expectancy of something that is about to happen. In this way, the relationship between noise and silence is not a dichotomy but rather different forms of the way sonority dwells within, but each of these forms implies the existence of a subject, of someone who participates in the phenomenon and the aural act.

When we move this sound relationship to the social life, it acquires other characteristics. In an urban life, noise sizzles everywhere, there is no rest, it is the rhythm of the capitalist production, of the city that does not sleep and refuses to be quiet, and falls into a collective muteness. Noise is also used as a visual metaphor to talk about incessant information, the speed of movement and economic circulation. But at the same time the noise, the scream, is the historical symbol of a social protest, of the amplified voice of the whole.

In Reticence, Israel Martínez leads the public towards a reflection on the paradoxical relationship between noise and silence, the surreptitious and interspersed paths of auditory manifestations. He provides a twofold presentation: as a metaphor for social life and at the same time as a proposal of aesthetic nature, where the subject is the matter of the work. The philosophical aphorism with which the philosopher Ludwig Wittgenstein concludes the Tractatus Logicus-Philosphicus, “Whereof one cannot speak, thereof one must be silent”, has a mouth to mouth communication, or rather a mouth to an ear communication in a chain. But this message, chained by the voice and the whisper, stops when someone decides to break the sequence. Someone using his/her own will decides to stop. The message is cryptic, it refers to the situation itself and not to something external, “the medium is the message”. What is it that subject that we cannot talk about? What is that issue that remains unexpressed? What does this silence mean, what attitude does it summon us to? The message only contains a dictum and its result is silence.

In this way, Martínez moves towards the aesthetics of stealth, a message and a form that lead or suggest an action, the inscription of silence. Simultaneously, a vinyl record has the same phrase engraved in letters and the repetition of the message is in its rings. The vinyl record with its 45 rpm is a mute object if it is not reproduced. However, it carries the message, it becomes a latent object until it is operated and set in motion in the repetition of a message at the limit of the audible environment. 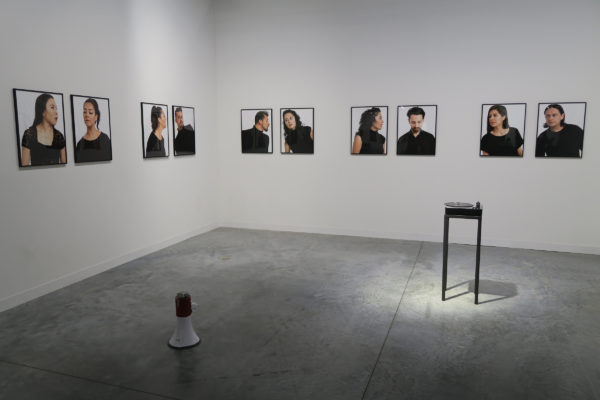 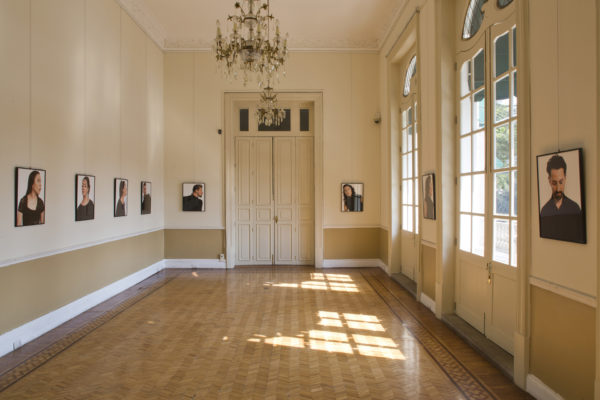 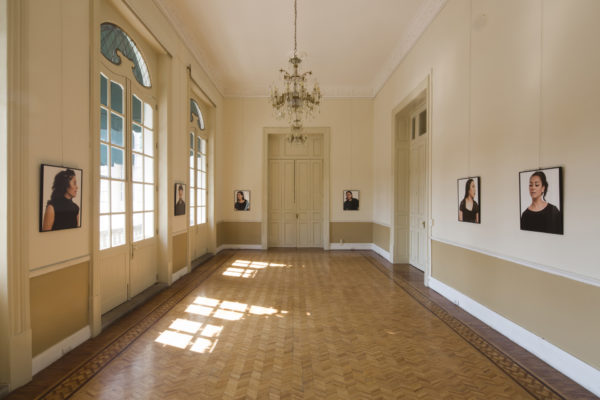 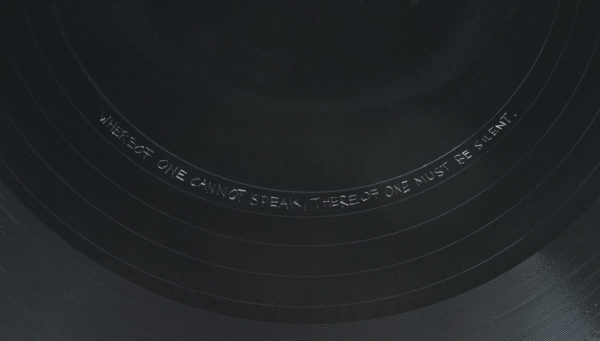 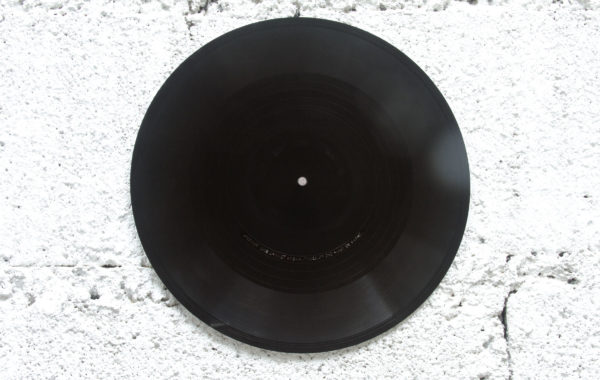