Result of a crossed silence

Work created with the collaboration of various people from the local area of Santa Cruz de Tenerife. Aural story in the form of notes from the diary of a visitor who walks through the city, including memories and reflections of the participants in the workshop that the artist gave at the beginning of his residence in the Canary Islands, during which they shared their auditory perceptions of Santa Cruz, highlighting the social, political and economic nature of their memories and impressions. Result of a crossed silence is a hybrid of soundscape and literature, where Martínez draws on different genres of writing – chronicle, essay, poetry and interviews – to build a new narrative.

Result of a crossed silence is also, largely, an oral account of the impossibility of experiencing the sea. As a tourist in Santa Cruz, Martínez observes that, despite being in a port city, he cannot see, hear, smell or feel the sea. During his walks he finds many barriers to reach the coast. Instead, he has to imagine the sea – so innate to this city – which is reinforced daily by an anonymous sea painting hanging in front of his hotel bed. The sounds emanating from the narrow street below his window are a mixture of those of people walking, cars passing by, incomplete conversations and other generic noises, sounds that are divorced from those of the beach. This proximity, although distant from the sea, contrasts with her childhood memories of Puerto Vallarta, an exaggerated tourist destination in Mexico.

Narrated by renowned professional voice-over talents, Result of a crossed silence becomes a reality due to the familiar voices of Canarian television and radio, which gives it a polished and banal character. A cross between sonic journalism and fiction, the work mixes the subjective experiences of the artist and his collaborators, giving rise to new interpretations of specific territories in the city of Santa Cruz de Tenerife. That is to say: collective knowledge from the subjective. 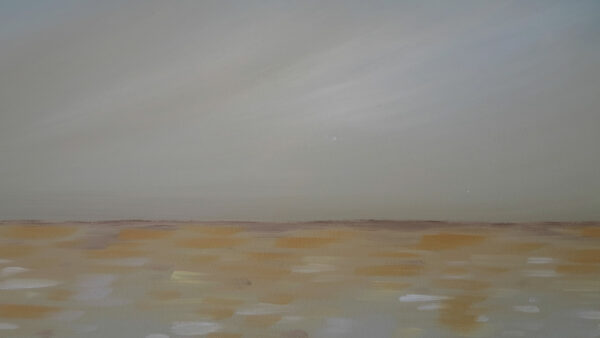 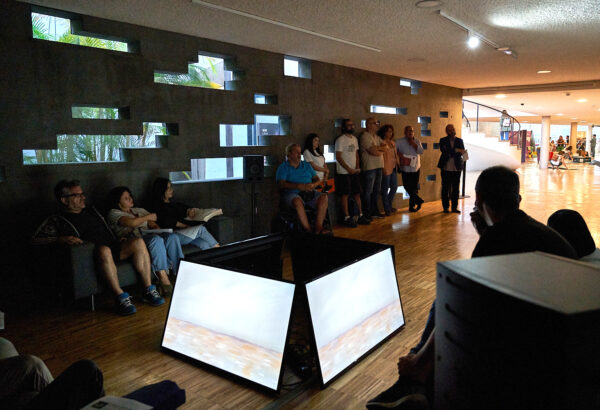 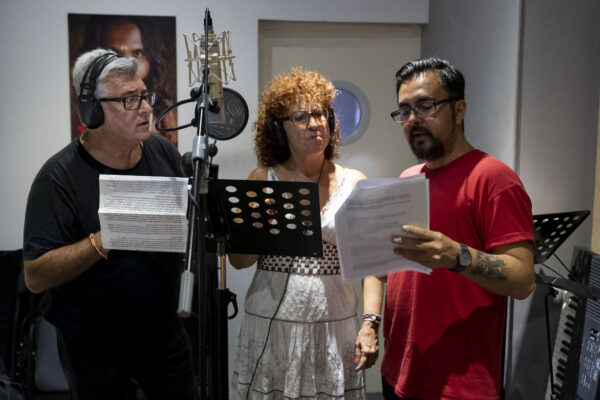 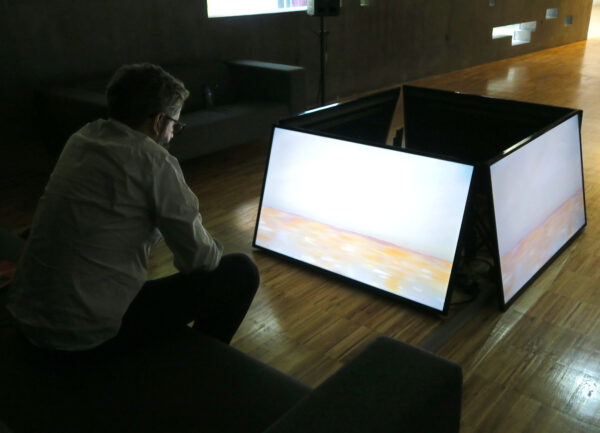