Through a series of audiovisual installations “People behaving like true animals”, Israel Martínez has explored alternatives to articulated language as possible ways of communication: aural memory, gesticulated mimesis and the deprivation of liberty in diverse manners. For this third work “No illusion will take away the pain of knowing we are condemned”, Gerardo Montes de Oca, Mexican student and activist currently residing in Austria, was invited by Martínez to perform an improvisation in which, through sound, he would express his emotions for his country. The action took place in Mexikoplatz, Vienna where a monument stands acknowledging the Mexican government for its official pronouncement against the Nazi invasion of this city. With this work Martínez forces us to ask ourselves: when will these policies against the violation of human rights be excercised in our own country? This work was produced during the artist’s residency at the quartier21 International of the MuseumsQuartier, Vienna in October 2014. 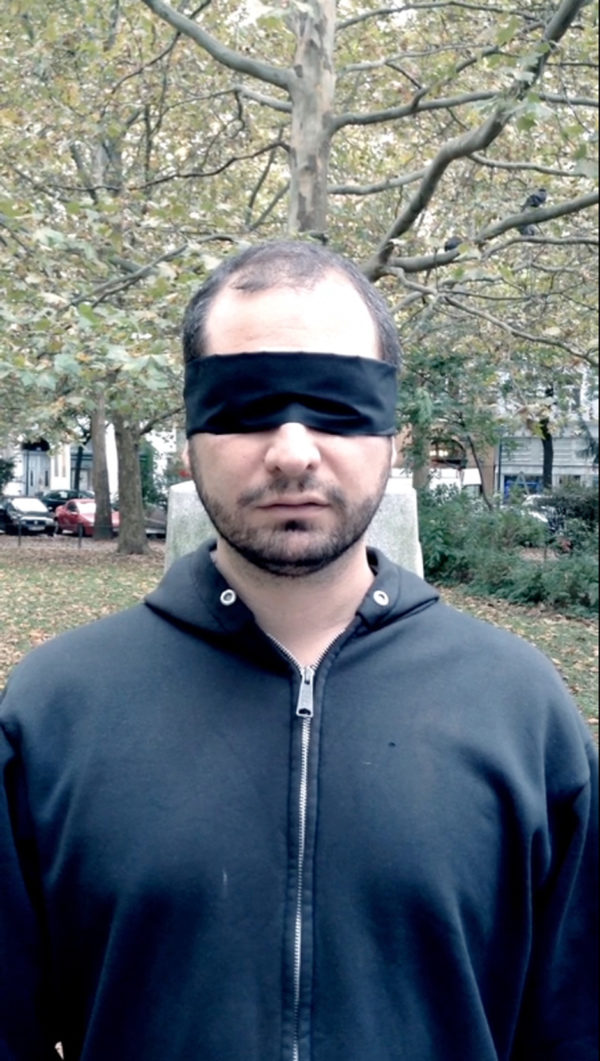