On September 19, 2017, a 7.1 Richter scale earthquake struck Mexico City and the states of Morelos, Puebla, Guerrero, Oaxaca and State of Mexico, leaving an estimated 370 dead, 3289 injured, and hundreds of buildings and infrastructure tragically destroyed. On the same date, 32 years earlier, more than 10,000 people had lost their lives in another earthquake in the country’s capital. The quake opened deep wounds from the Mexican past.

The general population immediately and energetically turned to the rescue and support for earthquake victims. Images of citizen brigades that operated, even without institutional mediation, were distributed by media from all over the world. For some weeks there was a kind of collaborative community, a network of affection and direct action. It was evident that Mexicans work with effectiveness and great compassion in tragedies. But afterwards? In our daily life? Unfortunately, this context dissolved quickly, “naturally”, returning to the harsh social environment that characterizes us, mainly marked by the gigantic social and economic inequity of our country, and by machismo.

When the earthquake took place, my brother Diego and I were in Berlin about to move for a few days to Athens, a trip that still echoes in our minds for historical, political and social issues. When we returned to Mexico in October, we witnessed how this period of true solidarity was fading away. Therefore, influenced by the activism of the Greek society (hit by the austerity measures and in a kind of generalized boycott to the government), we decided to create a typographic image that could be distributed among friends and any interested person to be printed and displayed in public places, windows or balconies. We started to give printed tarpaulins, an economic support or material used in Mexico especially for proselytizing purposes, real state promotion and at street markets, trying to give them a different use.

MUTUAL AID (APOYO MUTUO) is inspired by the theory put forth by the Russian writer Piotr Kropotkin, proposing cooperation, teamwork and reciprocity to provide a common benefit to individuals, that is: an individual benefit from collective action, as shown in hundreds of examples in his book, both in animal and human species. Our idea was to activate a simple and / or symbolic reminder that we can act together, as we did after the earthquake, with self-management and outside any institutional framework.

Through my social media and word of mouth, this call for printed tarpaulins was announced at the end of 2017. Today, approximately one hundred facades in the capital of the country, Guadalajara, Monterrey, Zacatecas, Papantla, San Miguel de Allende and Cuernavaca, wear tarpaulins of MUTUAL AID, generating curiosity among passers-by, curiosity that I want to think can refer them to positive ideas or actions.

In February 2018, Arredondo \ Arozarena (the gallery that represented my work for 5 years and that kindly supported this project as a venue to deliver tarpaulins) invited me to participate with a performance at the ACME Art Salon in Mexico City. Mónica Sorroza, a collaborator in several of my projects, selected and recorded with her voice several fragments of Kropotkin’s book, inserting this recording in a portable speaker. For four days, Mónica positioned herself in a room at different times, reproducing these audios with her recorded voice, like an “aural background”, while she silently read the book; when a person approached, she took a print of the typographic image (letter size on bond paper) and on the back she wrote the fragment that was reading at the moment, to later give it to them. A simple but friendly gesture. The reaction of the audience was emotional.

A month later, my solo exhibition COMUNES was opened at Casa del Lago UNAM in Mexico City. Víctor Palacios, its curator, also invited me to participate in the wonderful project Batiente, creating a flag for the historic building of this emblematic cultural site of the Bosque de Chapultepec, normally attended by thousands of people each week. The flag that Diego and I designed had a slight variation to the “anarchist black” of our tarpaulins and prints: we chose the colors of the Olympic flag as a remembrance of the Mexican student movement shot down in October 1968, for, according to the government of President Gustavo Díaz Ordaz, being a threat to the Olympic Games and for “spreading communist ideas”. For the lifting ceremony we read fragments of Kropotkin’s book in four voices: Mónica Sorroza, Mirna Castro, Julio Cárdenas and myself; as well as a brief introduction by Víctor about the ideas of Kropotkin. Subsequently, identical prints as those from the ACME Art Salon were given to hundreds of attendees that afternoon. The flag hoisted on the shaft of Casa del Lago UNAM for one year. A studio recording of this reading, with the assistance of Leonardo Santiago and my brother’s mix, can be heard here:

During the summer of 2018 I taught the workshop Aguzar el oído in the city of Zacatecas, within the framework of the FEMSA Biennial. For a week we met to hear and discuss countless sound sources, as well as walking through its colonial center and the imposing Cerro de la Bufa with ears wide open, in absolute camaraderie. The theme of MUTUAL AID began spreading in several activities from the didactic program. By the ending of the biennial, Willy Kautz, its curator, was walking through several points of Zacatecas with a tarpaulin and he also surprisingly showed it at the end of his participation through the last forum, a very emotional action too. At the end of the biennial, some tarpaulins were hung and even today they accompany activities such as collective weave sessions or assemblies about feminism.

By the end of that same year, the collective and venue Lugar Común, at Monterrey, decided to temporarily put their activities on hold with an action that would invite to the recognition of the work from “the others” as a principle of empathy and love (so necessary in our country). With the formidable work of Pedro Magaña, Tahanny Lee Betancourt and Marco Treviño, we painted the facade of Lugar Común and, afterwards, a meeting was held with the enthusiastic participation of a large part of the contemporary art community from the city. I gave out stickers and some T-shirts, since our media has extended to these common tools of popular culture; I have proposed that this project will be fully paid by myself, only eventually with a voluntary cooperation from those who ask specifically for a T-shirt, so it had limited editions. It is not because of an ethical or moral question, it is simply to replicate the autonomous, self-managing exercise that was experienced momentarily during the aftermath of the earthquake.

In March and April 2019 we also gave away printed stuff at my solo exhibition, Movimiento y colapso, in the gallery El Otro Mono in the city of Cuernavaca. MUTUAL AID will continue in the formats, supports or routes that are viable, as is this publication now. The objective remains simple, and I apologize for being repetitive: to be aware that every action we carry out has a greater impact than ourselves. If we have this in mind, we can build better bridges of communication with “the others”, and gain an individual benefit from acting collectively. 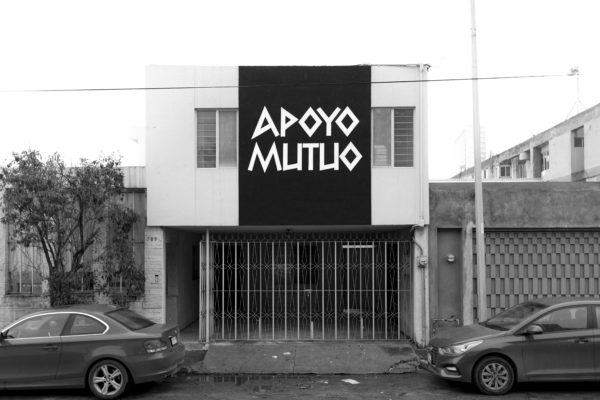 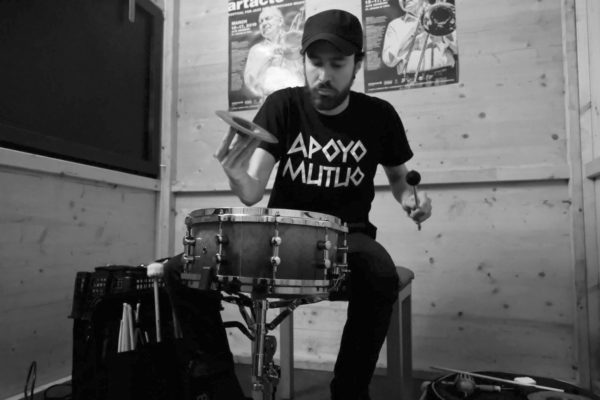 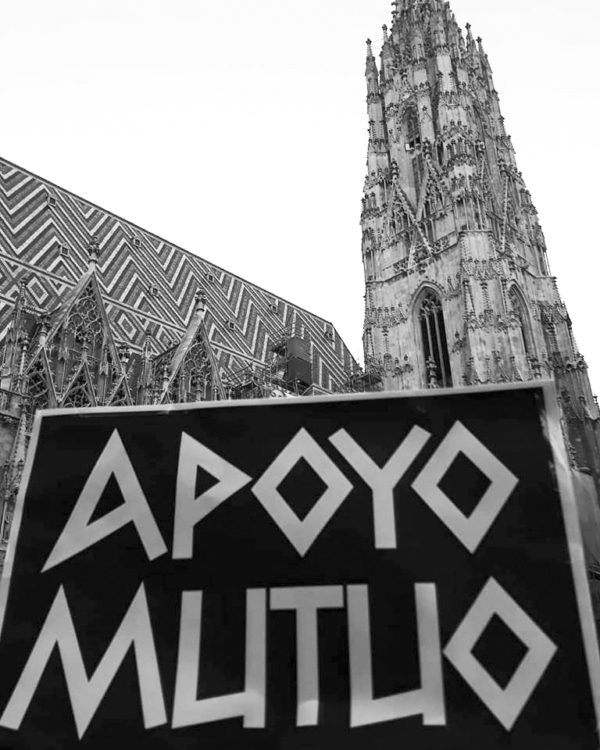 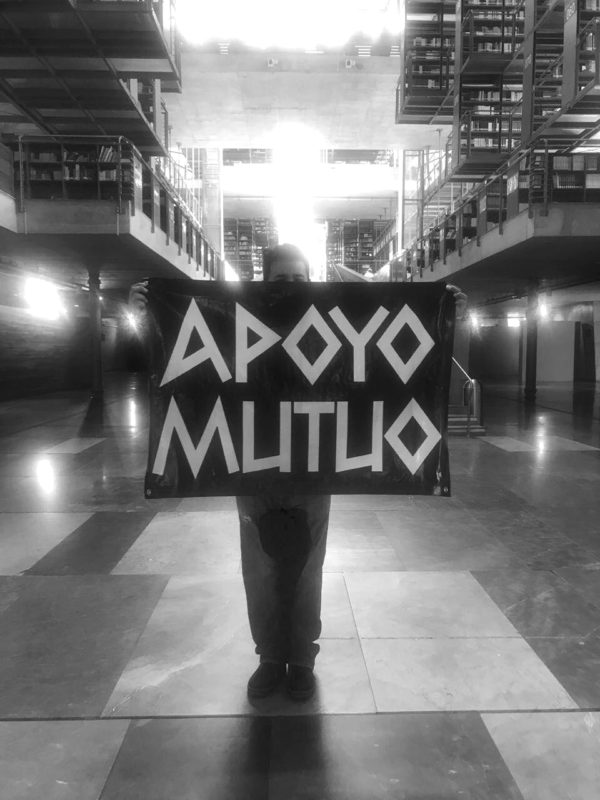 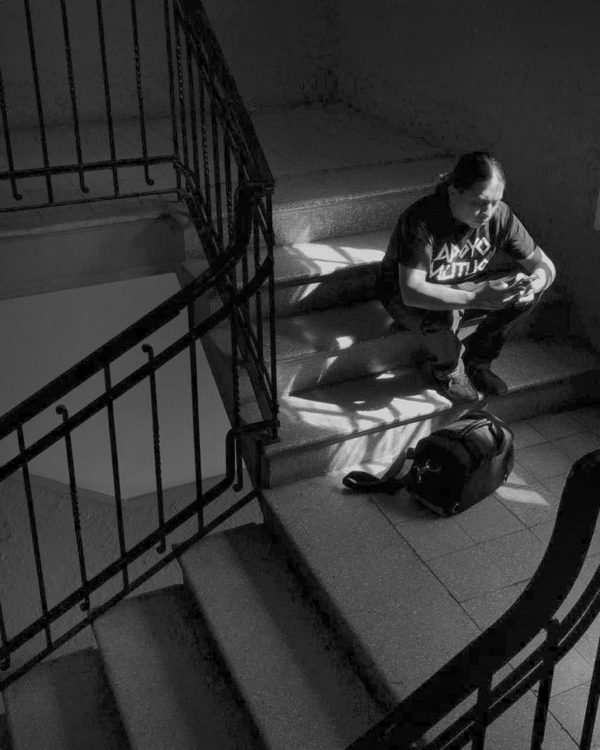 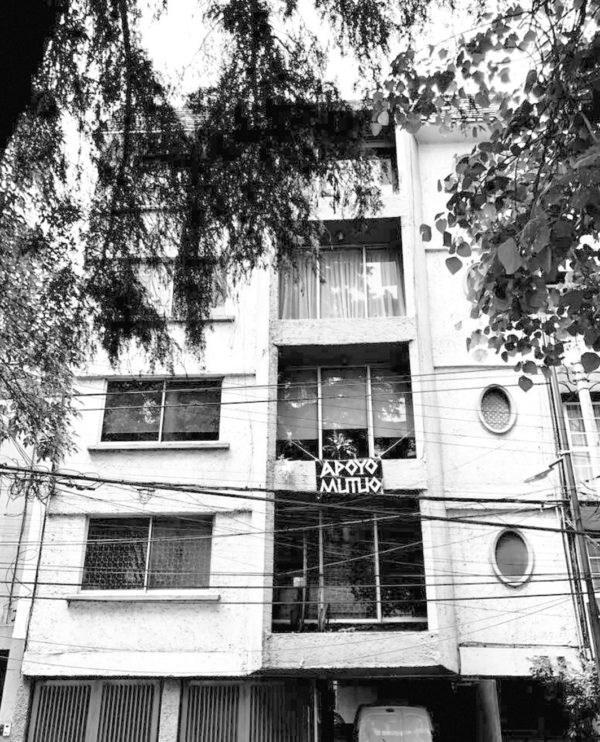 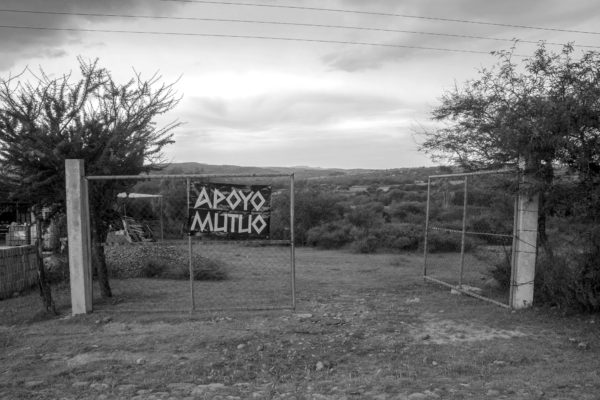 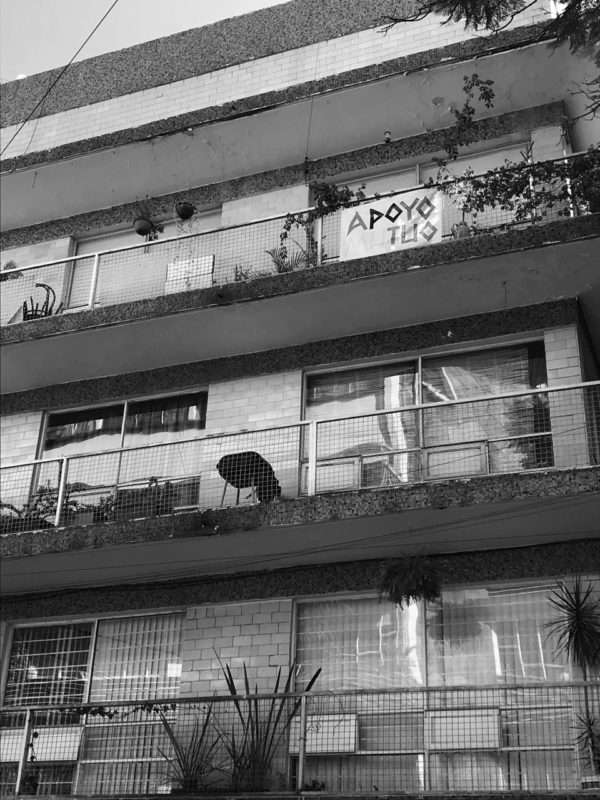 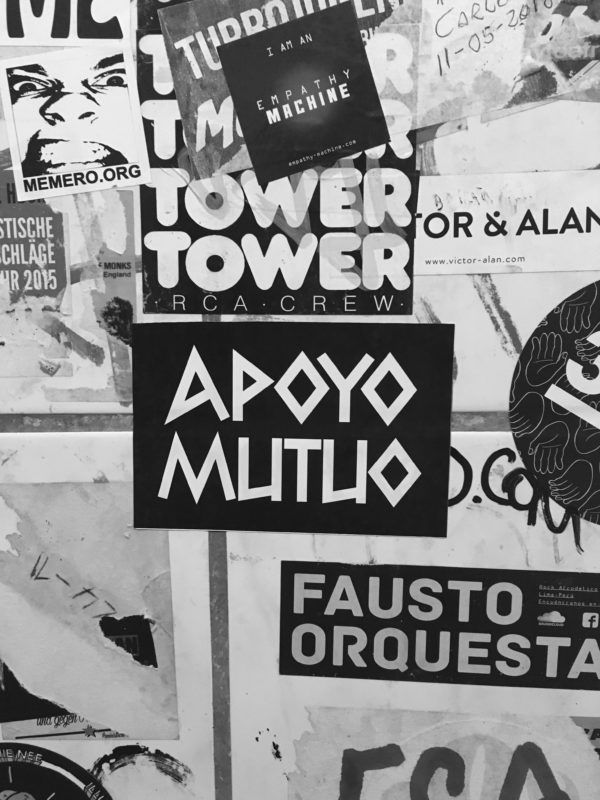 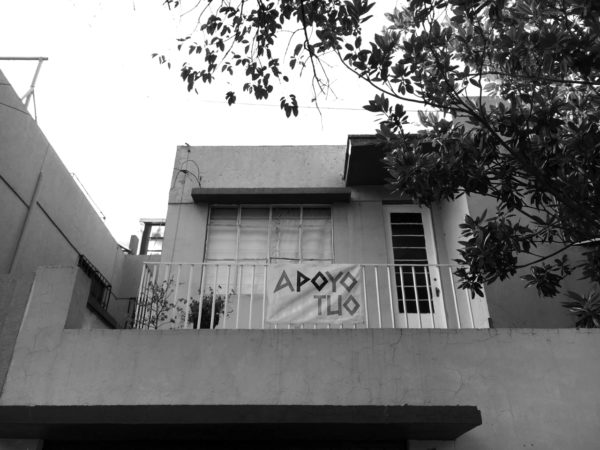 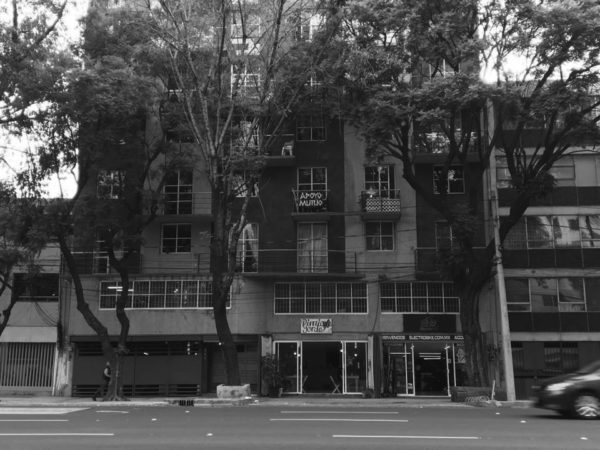 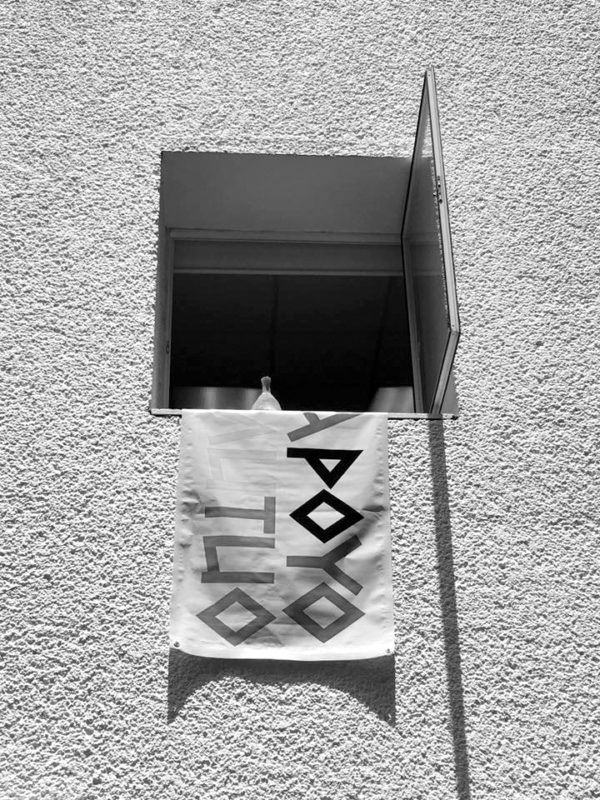 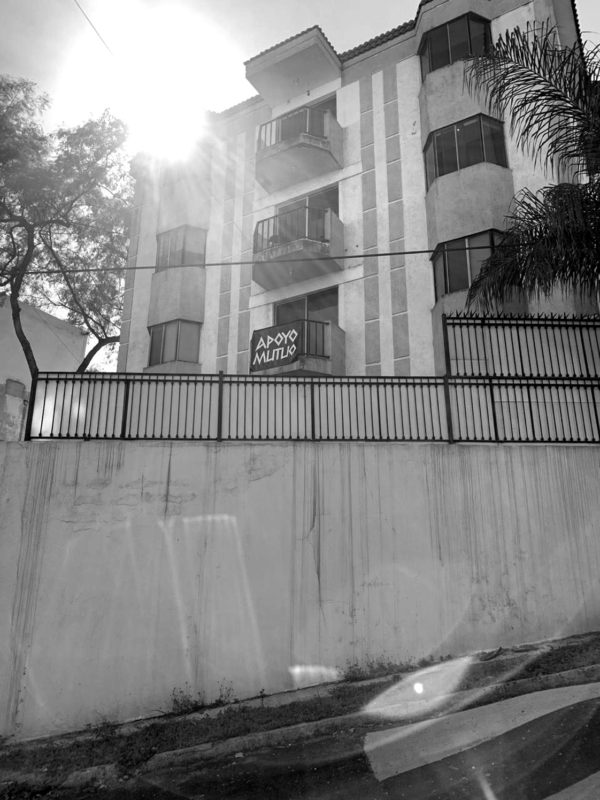 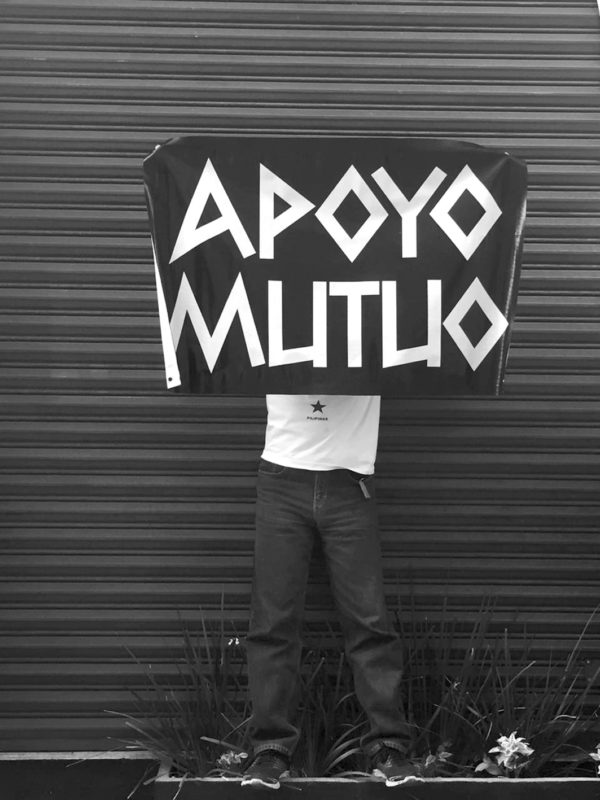 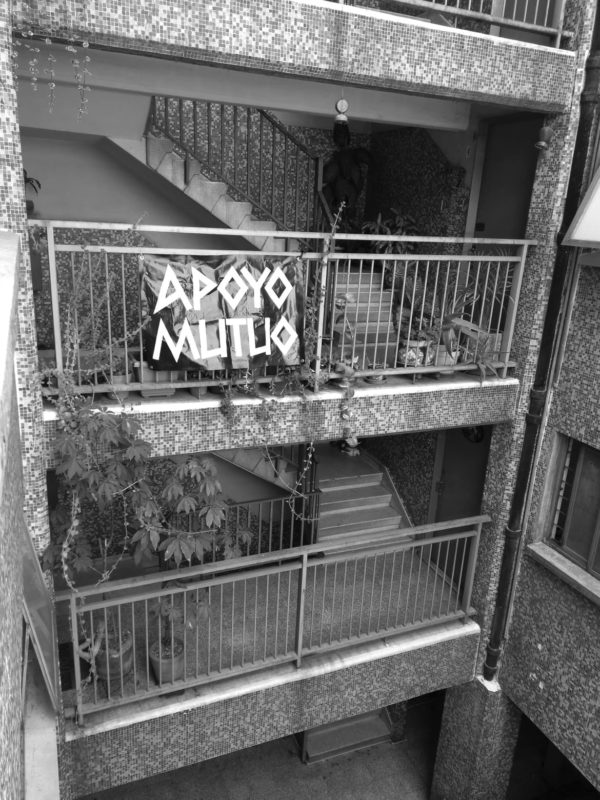 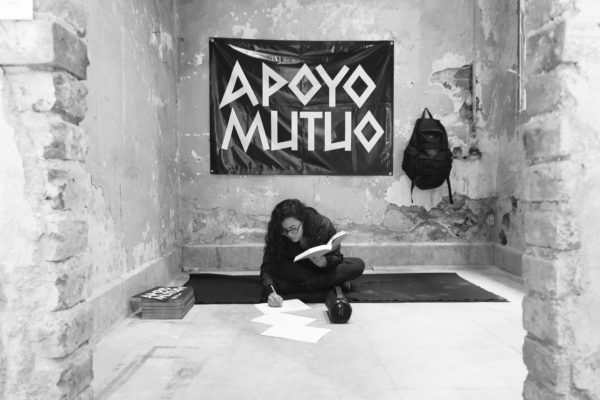 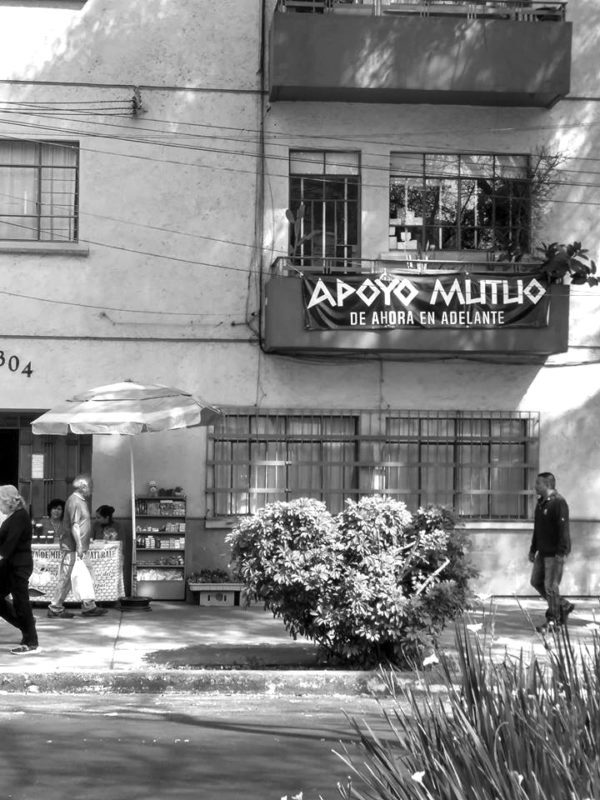 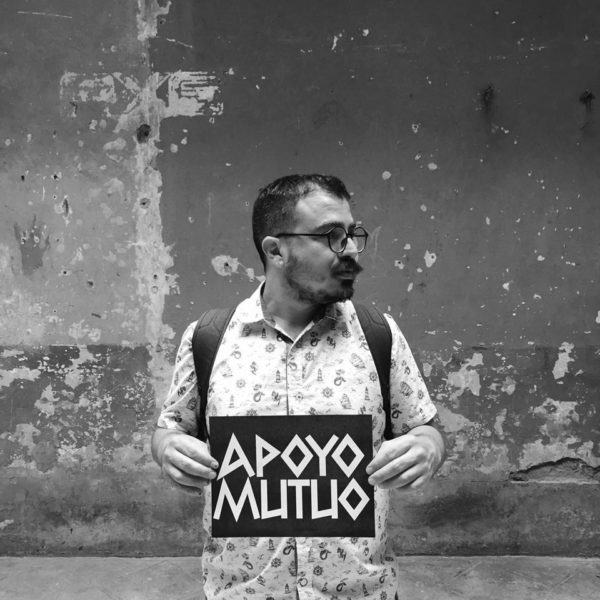 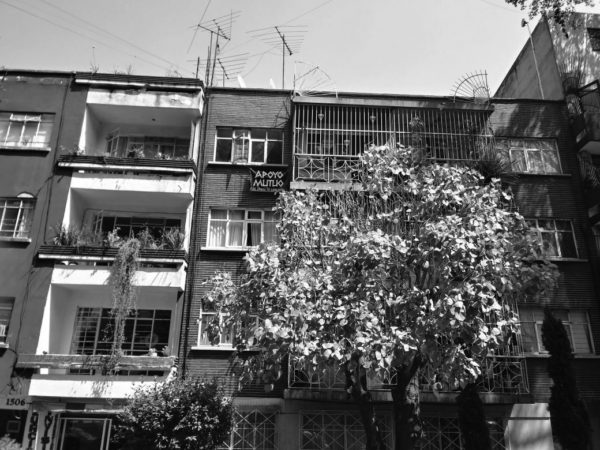 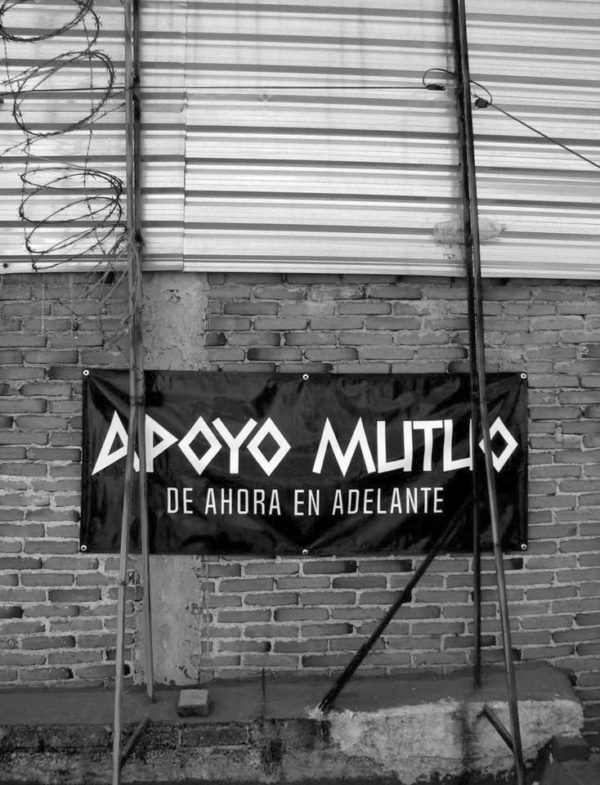 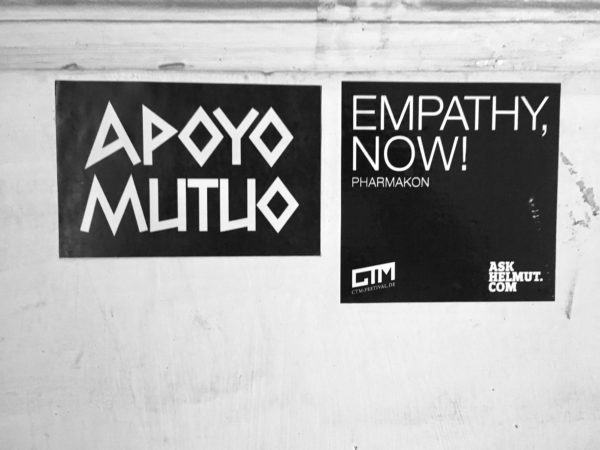 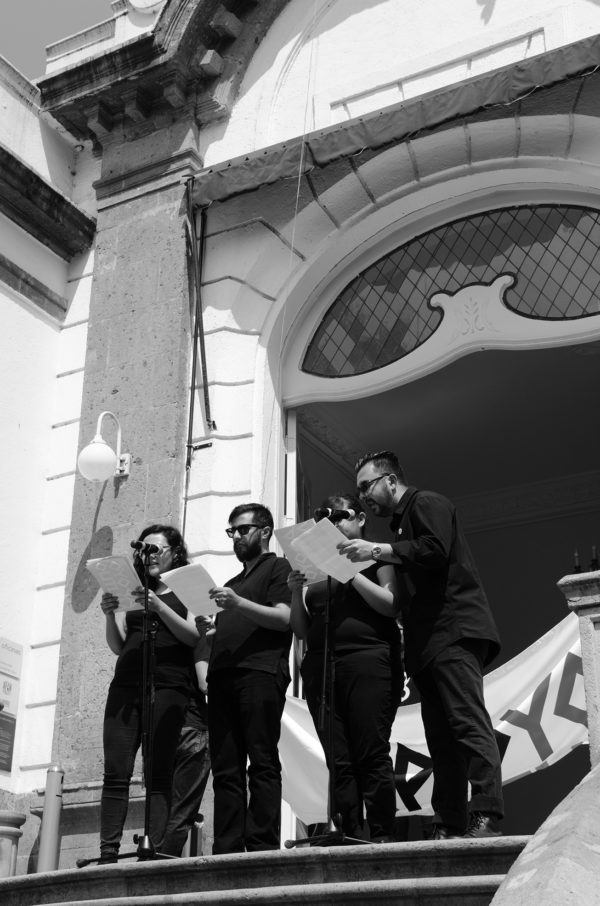 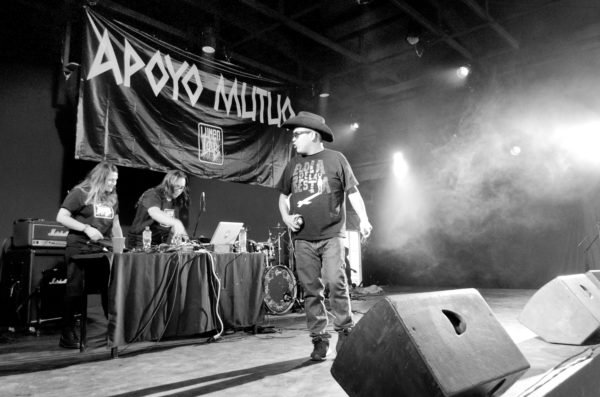 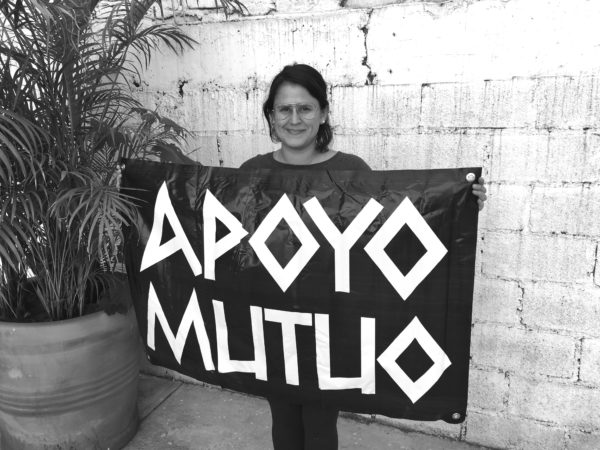 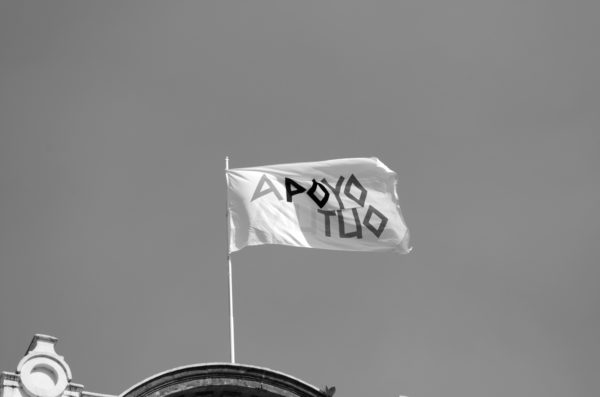 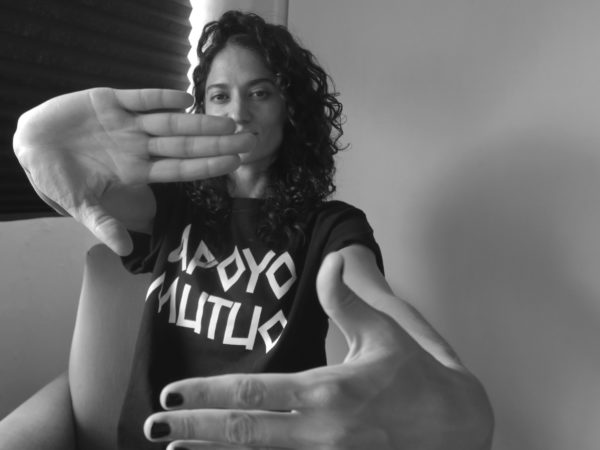 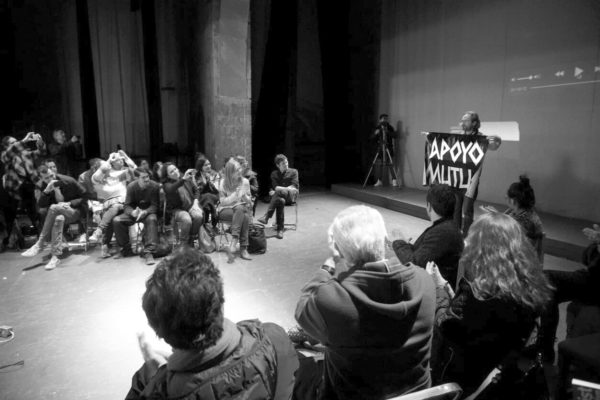 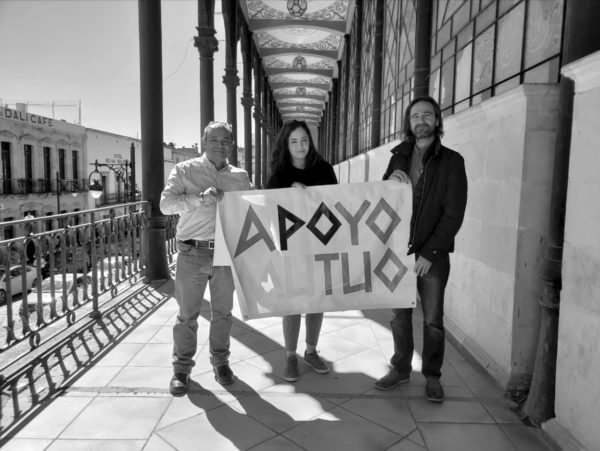 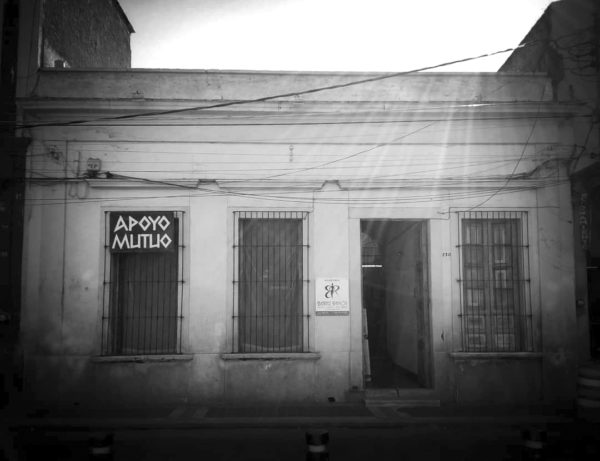 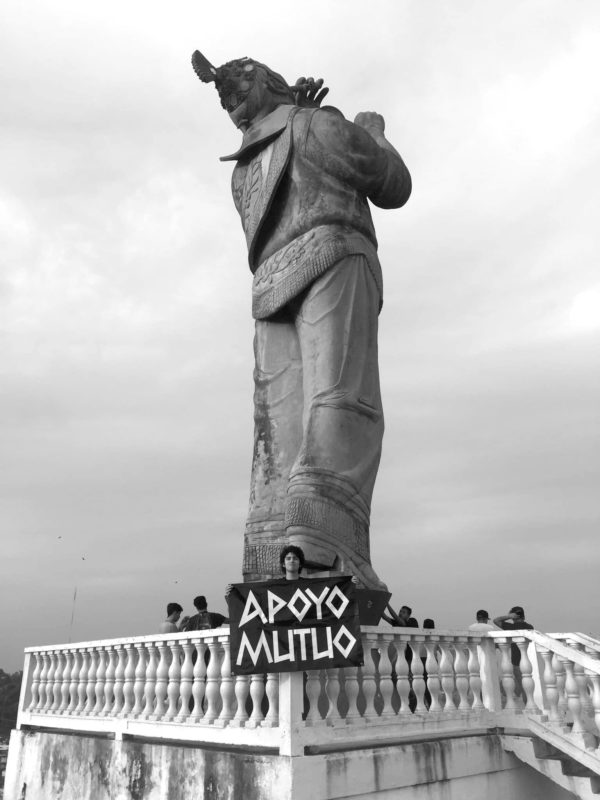