Megaphone is a popular tool for the transmission of messages in Mexico. The reproduction of a sign from a concert of the band Llorona (Crybaby), from Oaxaca, frames the screaming paperboys selling tabloids, which offer reports of stolen and killed neighbors in a suburb in Guadalajara. The quality of the recordings as well as the spaceʼ s acoustics modify the aural properties of the messages, which resemble a lamentation, alluding to the Mexican myth of La Llorona, a figure resembling Medea who murdered her own children and is permanent mourning. 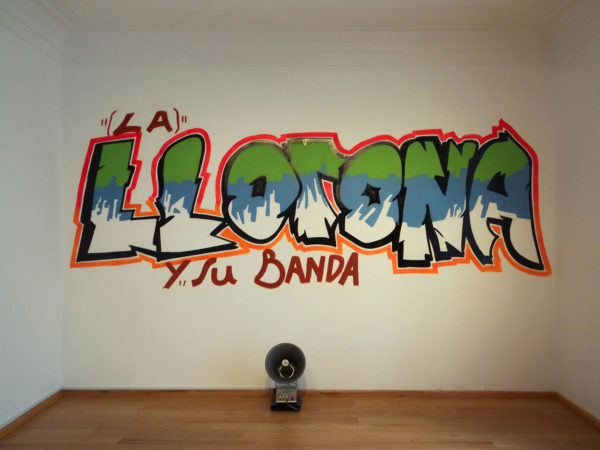