Concert by the dead for the living

Four wrecked cars are placed in a public space, each of them has a speaker that reproduces a composition using vehicle sounds. In an extra car, two televisions show a video of the recycling of the cars (with the collaboration of Salvador Ricalde), and on the other hand, an action realized while installing the work, in which a professional cleaning squad washes and waxes the cars, as if performing an act of purification for these dead artifacts that will return to life through sound. A sarcastic expression about cars as cult objects in societies such as Mexico. 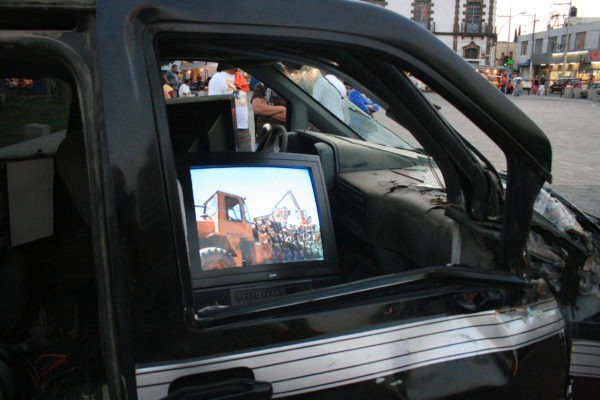 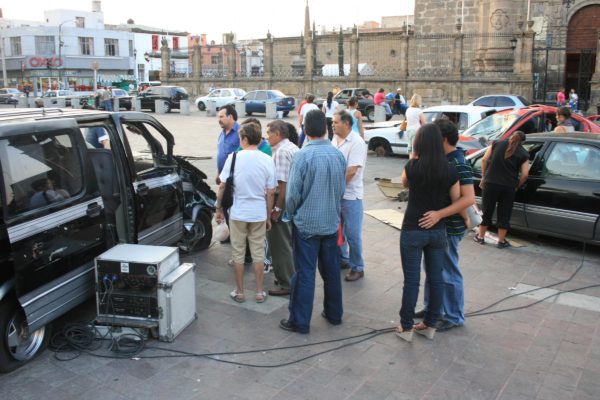 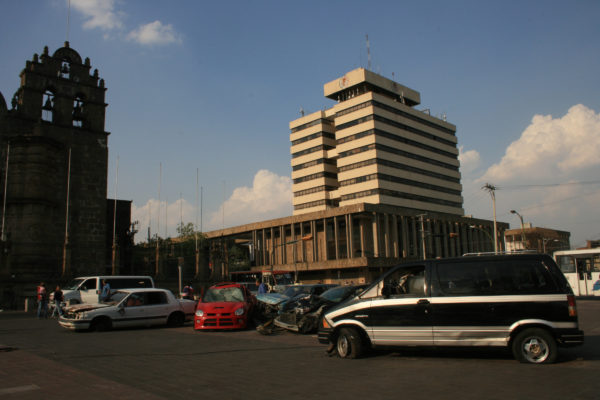